I used to think I knew, but what I have experienced, and what I have seen others experience, simply does not match up. For me, it has been a ritualistic experience of betrayal and backstabbing (I on the receiving end of such unpleasantries), while others have someone who is supportive and loving, and prefers to nurture the friendship, not decimate it. Now it is true that this deceit has given me ample fuel for writing, however, I think I would much rather be without scars on my back.

I know that there is no friendship where you get along and agree on everything, but I am still of the belief that you do not have an affair with your so-called best friend’s husband. Nor do you go behind their back to interfere with other relationships, including that which involves their children. And if by chance you see them making a horrible decision that is clearly a life-altering mistake, you do not encourage such self-destructive behavior; you instead pull their head out of their ass and tell them to knock it off. Or am I way off base?

See, I don’t have the kind of friendship where I can call someone at four in the morning because the insomnia is just too bad, and I don’t have that person who will sit by my bedside just to comfort me when I’m ill. I don’t have this, and now I’m at a point in my life where I fear it. That’s what betrayal does. It takes a once hopeful person and shuts them down.

I now find that I shy away from overly social situations because I feel everyone has an agenda (Hellllloooooo anxiety brain!), and I don’t go out of my way to make plans with people anymore because they always cancel them. It’s like that saying…no one is really that busy, it’s just a matter of them wanting to make the effort for you (or something to that effect). It seems I have always been the prioritizer, while everyone else prioritizes others. And let me pause here; please do not read this as a boohoo session or venting, I am simply stating facts and honestly looking for insight on the subject. And there have been people in my life who have been there for me, and helped me tremendously, and I am not discounting them one little bit. In fact, I adore them and miss them very much! Life just is what it is (T & T).

I think it would be great to have people to talk with, maybe have a game night, or movie night, and especially a wine night. But most people I see doing those things, do so with life long friends. My life long friend has been anxiety. Honestly, knowing what I know now, my childhood makes so much sense. I’ve managed to stay in touch with some people who have known me pretty much my whole life, but we never forged that bond to become truly close friends.  I’m sure if you asked them they would probably tell you I was a strange child. Painfully shy and awkward, and never really fitting in (hell, even my own family will tell you that)…though it wasn’t for a lack of trying. Maybe that’s it, maybe I tried too hard or maybe not enough, but I just wanted someone to be there so I didn’t feel so alone.

And there it is. That big fear of being alone. So enormous that it makes you believe any friend is better than no friend. Well I learned the hard way how untrue that is. It took years before I realized what I was allowing to take place in my life, but eventually I put an end to it, and believe me I am so much happier for it.

But now here I am, at 40, trying to find an answer to what seems to be an unanswerable question. 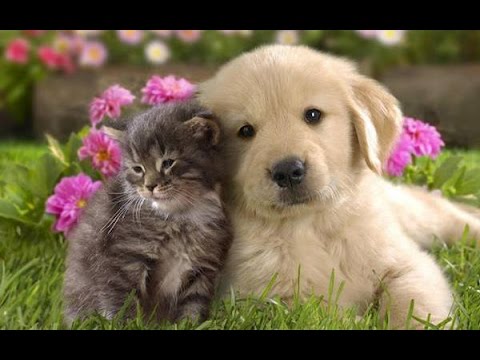 I have no rights to image used. All photo credit given to owner of image.

Greetings! I guess you're here to find out who I am...looks like we're in the same boat. I have been writing poetry since I was 16, not because I thought it was a "cool thing to do", but because if I didn't my head would have exploded. With a multitude of words billowing through my brain, I had no other choice but to let them out. Some have been funny, many have been sad, but mostly, they've been guideposts. Unfortunately, I do not write as much as I would like to, but I hope to rectify that. Aside from poetry, I dabble in novel-writing. I have many ideas jotted down, some of them I've started, and maybe one day I will actually get one finished (if I just didn't have to worry about working, paying bills, and simple basic survival). I spend a lot of my time supporting my kids dreams. My daughter is a musician, and my son is an athlete, so between music gigs and school sporting events, my time is pretty much consumed...but I love every single moment of it!! I am also passionate about environmental issues; always looking for ways to lend a hand. Currently, I have an Etsy shop where I sell crocheted items that I have personally made. A portion of the proceeds are going to be donated to two of my favorite charities; Mission Blue and Leonardo DiCaprio Foundation. You can learn more at https://www.etsy.com/shop/PeaceLoveGlo?ref=hdr_shop_menu Other than that, I love to travel! I hope to see as much of the world as possible. There is so much more out there than just where we are, and I feel it is a gift that we should not take for granted. Once upon a time I was a runner (though some may have called it jogging with enthusiasm), but my Achilles decided it didn't like that anymore so now we walk. I'm beginning to venture into yoga, which so far has been a pleasant experience, and if time will permit, I would like to start doing some hiking. I also love music and going to concerts, coffee is my best friend, and over thinking is my worst enemy. So that's pretty much me in a nutshell. Nothing too fancy or exciting, just a 40-something still trying to figure it all out. I hope you enjoy my ramblings. g. P. S. Remember, "Agree to disagree, for not one person is ever truly right." View more posts